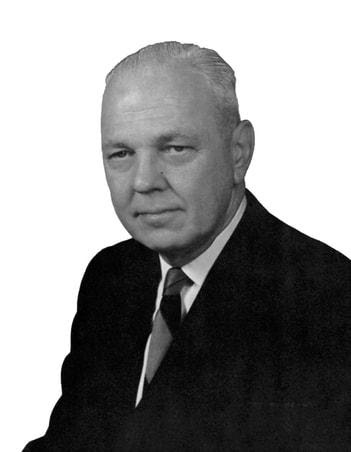 David Luxenberg was a long-time retailer with strong ties

Dr. Willis Everett Pratt served 21 years as president of the college in Indiana, overseeing its transformation from a state teachers’ college to a comprehensive university. The son of William H. and Belle Bartholomew Pratt, he was born Nov. 26, 1906, in Pittsburgh. He graduated from Westinghouse High School and completed undergraduate studies at Allegheny College in 1927. He earned a master’s in 1932 and doctorate in 1940 at the University of Pittsburgh. Pratt taught school and served as superintendent of Erie County Schools from 1938 to 1941. From 1941 to 1943, he was president of Mansfield State Teachers College.
During World War II, Pratt served in the U.S. Army and later the British Army in the Mediterranean Theater of Operations. As part of the occupation forces in Italy, Pratt directed the democratization of the schools and the reopening of eleven universities. For this service, he was named a Knight Officer of the Crown.
In late 1945, Pratt left active military service in late 1945 and became chair of the Department of Education at Penn State. He was appointed president of Indiana State Teachers College in 1948, when the school had just over 1,400 students and 105 faculty members. Over the next two decades, the school underwent unparalleled growth. ISTC became Indiana State College and evolved into Indiana University of Pennsylvania in 1965. Pratt, who remained in the Army Reserve following the War, was instrumental in starting the ROTC program in Indiana in 1957.
Pratt retired as president of IUP in late 1968, and the university named a new student union building in his honor the next year. After the Hadley Union Building was constructed, IUP continued to operate student services offices and classrooms in Pratt Hall. He worked many years in service to the Indiana community, as a board member of the Indiana County Chamber of Commerce, Grace United Methodist Church, S&T Bank, the United Way, The Salvation Army, and the American Red Cross. He was a member of the Rotary Club, the Masons, and the Indiana Shakespeare Club. Pratt returned to service at IUP in 1978 as co-chairman of the campaign to restore John Sutton Hall.
Dr. Pratt died on January 16, 1992, in Indiana, at age 85. He had served longer than any other president in IUP history. He was honored while in Indiana with a life membership in the IUP General Alumni Association; the U.S. Army Outstanding Civilian Service Medal for establishing the ROTC; the Army’s Certificate of Exceptional Service in Support of National Defense; the U.S. Junior Chamber of Commerce Distinguished Service Award; and Pittsburgh National Bank’s College President of the Year Award for 1965. ​Pratt also was named President Emeritus by the university. Pratt is still regarded as one of IUP’s most influential presidents.