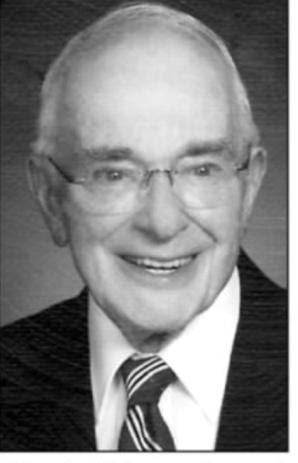 Linda Moore Mack was best known as a dedicated

Along with his father and brothers, Elbie Garson “Gar” Creps was a founder of Creps United Publishing. Established in 1950, Creps United Publications had evolved from a small business that printed and distributed insurance pamphlets and “Penny Savers.” The Crepses started their business in the basement of their home on Chestnut Street. This small home-based printing enterprise led to the publication of The Indiana Countian, a weekly newspaper that was printed in a building at the back of the lot of the Creps residence. The Creps printing enterprise, which had outgrown the Chestnut Street shop, moved to 1163 Water Street.
As more space was needed for presses and paper storage. Creps United Publication, which specialized in direct-mail printing, expanded to an additional complex on Christy Drive in 1989.
Born in Indiana on May 14, 1920, Gar Creps was the eldest son of Howard Dale and Francelia Garson Creps. After graduating from Indiana High School in 1938, Creps began studies at Indiana State Teachers College. He also attended the University of Pittsburgh. During World War II, he served in the U. S. Navy Air Corps. He was commissioned as an ensign and a pilot. He flew PMI’s with both the Atlantic and Pacific fleets.
Gar Creps was a lifelong member of Zion Lutheran Church, serving on the church council and spearheading many church projects. He served as the president of Four-Footed Friends and, at the time of his passing, both a life member and honorary board member. He was an avid supporter of the Pitt football and basketball programs.