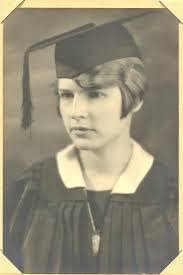 The son of Zetta Work and Harry McCreary, Ralph

Along with his father and brothers, Elbie Garson “Gar”

Dr. Raymona Elsie Hull was a professor of English at Indiana University of Pennsylvania. She was a widely-recognized scholar in 19th-century American literature and had published extensively on the works of Hawthorne, Poe, and Thoreau.
Born July 16, 1907, in Petoskey, Michigan, Hull was the daughter of postal worker Raymond Hull and Elsie Marie Caudrey Hull. Orphaned at 6, she went to live with relatives in Cleveland, Ohio. She received a Bachelor of Arts degree at Western Reserve University, graduating summa cum laude in 1929. While at Western Reserve, she was elected to Phi Beta Kappa.
After two years of public-school teaching in Ohio, Hull entered graduate studies at Cornell University, where she earned a Master of Arts degree. She returned to high-school teaching in Cleveland, where she was recognized as a master teacher. In 1943, she was awarded a doctorate in Education from Columbia University. Hull also studied creative writing at the Breadloaf Writer’s Conference in Vermont.
Hull served as associate professor of English at the State University of New York at Canton. In 1958, she was appointed professor of English at Indiana University of Pennsylvania. She retired in 1975. Active professionally, Raymona Hull was a founding member of the national Hawthorne Society, contributing several research articles to its journal. Hull published extensively in a range of scholarly journals and general publications. She is best known for Nathaniel Hawthorne, the English Experience (1989), a study widely praised by Hawthorne scholars.