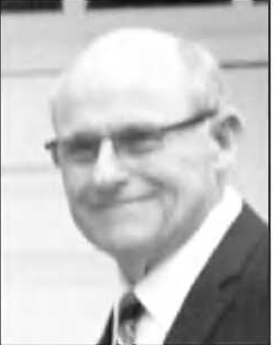 Dr. James Cook was a well-known optometrist in Indiana. He practiced from his South 7th Street office in Indiana for more than 50 years. In his words, he “never worked a day in his life.” He loved seeing and helping his patients. The son of James L. and Betty Weaver Cook, he was born on April 8, 1942 in Ebensburg. While a student at Central Cambria High School, he was active in Boy Scouts, played football and golf, and served as a class officer. He earned a bachelor’s degree at Juniata College and a doctorate in optometry at The Ohio State University. While at OSU, he was a member of the optometric fraternity, Epsilon Psi Epsilon.
Dr. Cook participated in various community organizations and efforts. He was a member and former president of Kiwanis Club; past president of Indiana Basketball Boosters; a member of the Red Cross Board of Directors; Salvation Army Board of Directors and IUP President Council Charter, chairmen of Kiwanis Medical Eye Bank, and a member of Indiana Country Club. For more than 20 years, he volunteered as a youth elementary basketball and soccer coach.
Dr. Cook was a People-to-People Ambassador who traveled to China and India to participate in vision-information exchanges. He also served as a medical missionary providing eye care to children in Haiti, Mexico, Jamaica, Guatemala, and South America. Cook was an active participant in professional organizations. He was a Fellow of the American Academy of Optometry as well as the Pennsylvania Academy of Optometry. He served as past president of the Southwestern Optometric Society, past director of the PA Optometric Association, member of the American Optometric Association and a member of the National Eye Research Foundation. Dr. Cook was a Mason, Shriner and a former elder of Graystone Presbyterian Church.