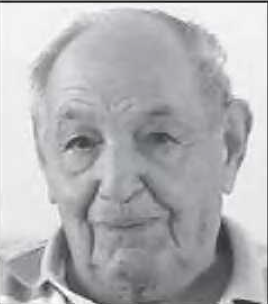 Tomes V. “Tom” Karahalios of Indiana was the owner

The son of Zetta Work and Harry McCreary, Ralph

A son of Edson D. and Agnes Henderson Hoyt,

David Luxenberg was a long-time retailer with strong ties to the community. Born in Ellwood City on July 29, 1918, David was the son of Aaron and Rebecca Hilvitz Luxenberg. He was one of 12 children. Luxenberg was a talented athlete. He attended Albion College in Michigan, where he earned 11 varsity letters in football, basketball and track and field before graduating in 1940. During World War II, he served in the U. S. Army, seeing action the European and North African theaters of operation. He married Irene B. Levinson on Oct. 12, 1947, and became a partner in Levinson’s Department Store in Warren, Pa. He later managed the Levinson store in Clymer for 40 years. Luxenberg was active in the Beth Israel Synagogue in Indiana, serving as president. He was a long-time member of the board of First Federal Savings and Loan and a life member of VFW Post 1989 in Indiana. Throughout his life, Luxenberg was passionate about sports—playing, coaching, refereeing and watching whenever possible.