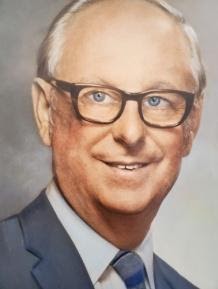 Thomas Sylvanus, a native of Hong Kong, was a

Born June 16, 1919 the son of Robert and Bessie M. Marcus. Mr. Marcus lived his entire life in Indiana where he played the clarinet in the Indiana High School Band, and he was called “Sunshine”. He received a scholarship to the Valley Forge Military Academy Jr. College and upon graduation in 1939 entered the University of Maryland receiving a B.S. in accounting in 1941. He served in the Office of Strategic Services during WW II. Upon discharge in ’46 he was affiliated with the R & S Motor Co. In 1950 he acquired ownership of McGregor Motor Co. which he ran until 1977 and sold to his son, Robert S. Marcus in ’82 He served two non-consecutive terms as president of the Indiana Auto Dealers Association, B’nai Brith, and Beth Israel Synagogue. He served important offices in the latter organizations, was a frequent blood donor, and was elected to the Valley Forge Academy board of Trustees for a few years. He was a member of the Indiana Country Club, a life member of the Indiana B.P.O.E. #931, and an associate member of Hadassah. He developed Demro Realty honoring his children, Debbie, Emily, and Robert.