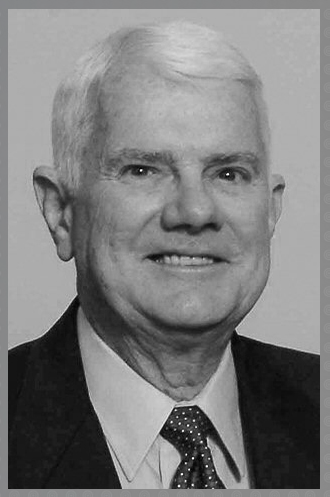 Elizabeth Oyster Clements, who was typically identified as “E.

Robert D. “Bob” Duggan, a major figure in the Indiana County financial community, led S&T Bank through its unparalleled years of growth in holdings and service, and headed its emergence as a predominant bank holding company in central Pennsylvania. Duggan was born in 1933 in Akron, Ohio, grew up in Coshocton, Ohio, and enlisted in the U.S. Air Force in 1951.

After returning from the service, Duggan earned a degree in economics at Marietta College and an MBA at Case Western University. While he pursued his graduate degree, Duggan began work at the Federal Reserve Bank of Cleveland. The fed named him a vice president and chief operating officer at the Cincinnati office in 1966, and appointed him senior vice president in charge of the Pittsburgh office in 1973.

He joined S&T Bank in 1981 and was named president and chief executive officer one year later. S&T held $200 million in assets and operated six offices at that time. S&T Bancorp flourished under Duggan’s leadership and grew to a $3 billion financial services company with 49 offices in 10 counties.

And in his memory, both Marietta and IUP established scholarships in Duggan’s name to assist deserving students majoring in economics, business or related fields.

Duggan retired in 1997 as chief executive officer at S&T and remained a director and the chairman of the board of S&T Bancorp and S&T Bank until his death. He passed away in July 2004 while undergoing treatment for acute myeloid leukemia at the Cleveland Clinic. In appreciation and honor of Duggan’s cancer doctor, and at his direction, the Duggan family and S&T Bank established the Bob Duggan Cancer Research Fund to support the work of Jaroslaw Maciejewski, MD, PhD, FACP, the chairman and a professor of medicine at the Department of Translational Hematology and Oncology Research (THOR) at the Cleveland Clinic.