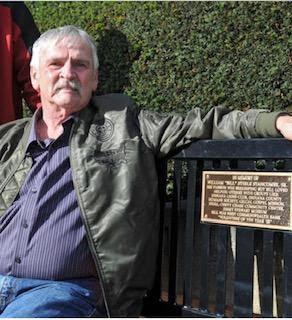 Rev. James McLain was an Indiana County pioneer and

The owner of Bill’s Janitorial and Bee Control businesses, William Stancombe was an Indiana area businessman and a dedicated contributor to many community projects. An enthusiastic bee-keeper, he learned everything he could about bees from his grandfather, Steele Kerr. The son of Walter J. and Fannie Kerr Stancombe, he was born July 6, 1945, in Indiana.
Stancombe belonged to the Indiana Lions Club, where he helped to organize such events as the July Fourth fireworks and demolition derbies. Stancombe loved the county fairs and was active in the Indiana County parades. In 2005, Stancombe received the Golden Tower and Spirit Award from First Commonwealth Bank. Later, in 2014, he earned the Leaders’ Circle of Indiana County Male Civic Leader-of-the-Year Award.
Deeply religious, Stancombe dedicated time to missionary work. In January 2014, he traveled to India. He drew great satisfaction from making children smile and laugh. He often played Santa Claus. In his spare time, Bill enjoyed going on cruises. Before he died, he checked off one more item from his “bucket list”: he went skydiving. Stancombe was an avid collector, specializing in bells, model cars, and trucks.