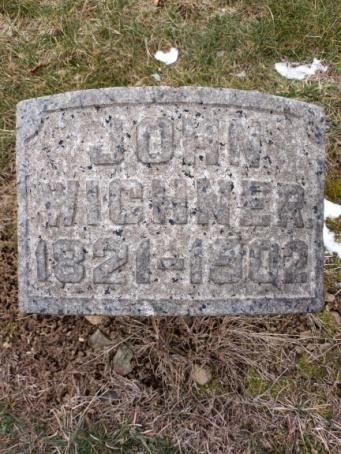 Frank T. Mihalcik was an Indiana funeral director. For

David Luxenberg was a long-time retailer with strong ties

John Wichner, a professional gardner, was one of the originators of Oakland cemetery. He served as the first caretaker of the grounds between 1874 and 1877. Wichner was born on June 7, 1821, in Rothenberg, Bavaria, Germany, and emigrated to the United States in 1853. He settled in Pittsburgh, where he met his wife, Margaretta Petchler, also a native of Bavaria. The couple settled in Indiana in 1855, in a home in the West Indiana section that was called Oak Grove. They raised one son, also named John, who became a baker. The 1870 Census indicates that John Wichner was employed as a gardener. Wichner frequently garnered prized for vegetables he had entered in the Indiana County Fair. Margaretta died in 1887. John Wichner died on Friday, May 20, 1902, at his home on Washington Street. He had suffered a series of strokes. He was 81. Wichner was a member of the Lutheran church and was survived by his son.