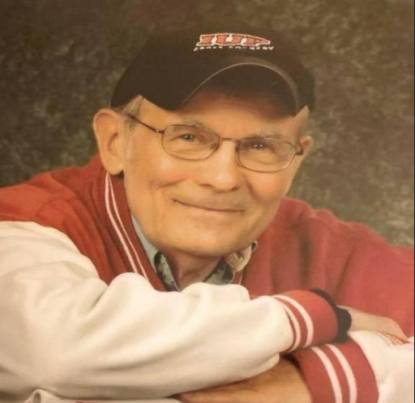 A son of J. Earl and Elvie Long Putt,

Dr. James Cook was a well-known optometrist in Indiana.

Edwin Fry was a professor of piano and music at Indiana University of Pennsylvania. Born in McKeesport on November18, 1939, he was the son of Harry Edwin Fry and Ann Palian Fry. As a young boy, Edwin Fry discovered that he could run to St. Peter’s School faster than he could get there on the bus. His ability to run with speed and ease became part of his destiny. A gifted musician and athlete, Fry attended Loras College in Iowa, majoring in music and participating in track and field. Later, he attended De Paul University, where he earned a master’s degree in music education. Fry was De Paul’s number-one long-distance runner. Fry continued his studies in a doctoral program at the University of Wisconsin. In 1966, Fry accepted a faculty position at Indiana University of Pennsylvania, where he taught piano and music. Coach Lou Sutton invited Fry to run with the team. Eventually he joined the coaching staff of the men’s cross-country team. In collaboration with Dr. Ruth Podbielski, he organized the women’s cross-country team. Fry coached both teams until his retirement in 2009. Over his coaching career, he took IUP runners to state and national meets, where they excelled. One of his athletes was Chad Hurley, one of the founders of YouTube. Hurley made a large donation in Fry’s honor. The IUP basketball arena bears his name.